Recently, the team of the National Engineering Laboratory of Speech and Language Information Processing (NEL-SLIP), University of Science and Technology of China (USTC) won a 2018 IEEE Signal Processing Society Best Paper Award at the 2019 IEEE International Conference on Acoustics, Speech and Signal Processing (ICASSP). The first author of the paper is Dr. XU Yong, a graduate of the School of Information Science and Technology, USTC. The corresponding author isAssociate Professor DU Jun of USTC. The co-authors include Professor DAI Lirong of USTC and Professor Chin-Hui Lee of the Georgia Institute of Technology. The award-winning paper, titled “A Regression Approach to Speech Enhancement Based on Deep Neural Networks,” was published in IEEE/ACM Transactions on Audio, Speech, and Language Processing in 2015. 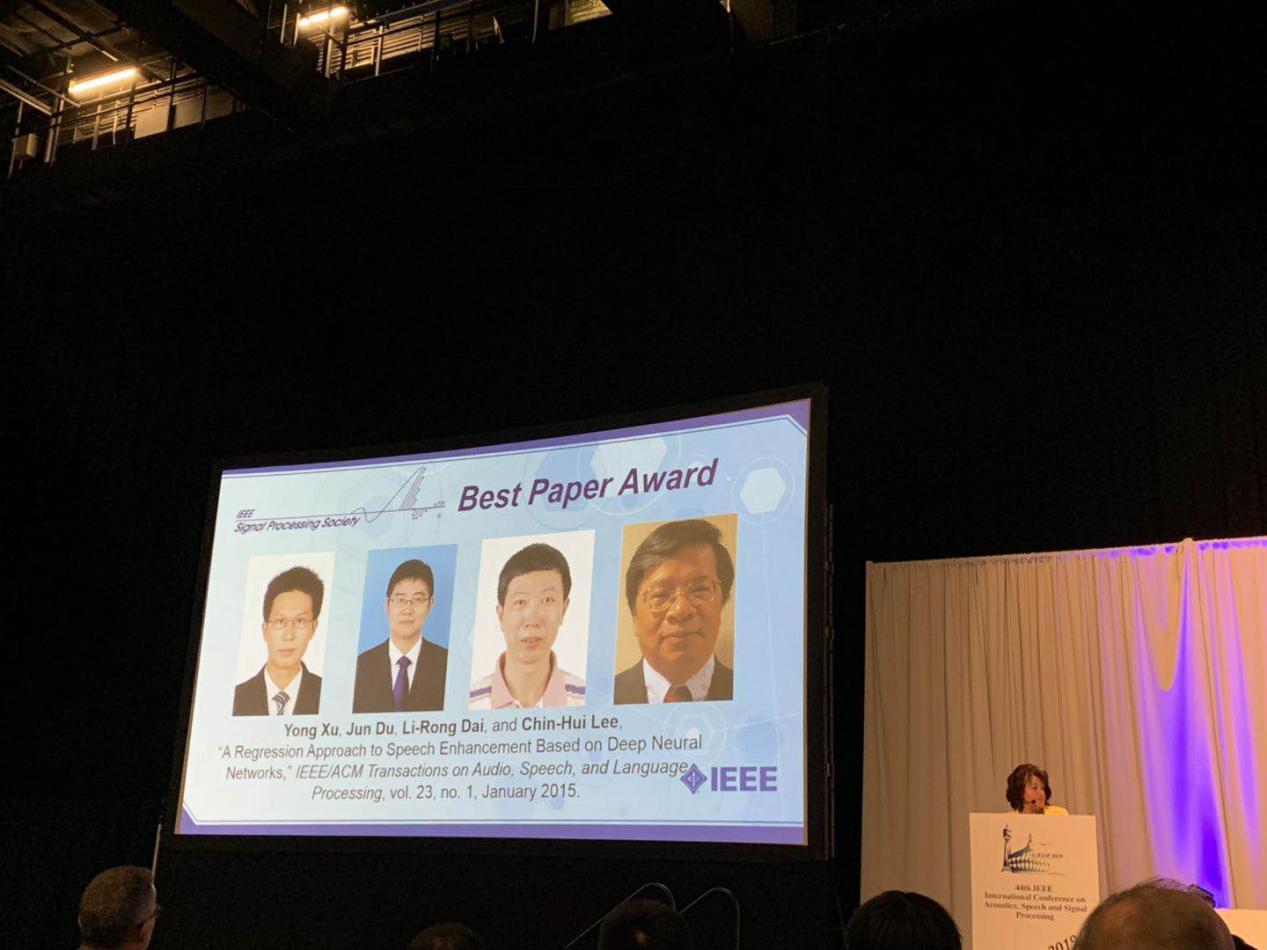 In contrast to the conventional unsupervised speech enhancement algorithms, this paper proposes a supervised method to enhance speech by means of finding a mapping function between noisy and clean speech signals based on deep neural networks. Experimental results demonstrate that the proposed method can achieve significant improvements in both objective and subjective measures and well suppress highly non-stationary noise over the conventional algorithms. In addition, the proposed deep regression neural network for high-dimensional vector mapping is widely used in many other directions of speech signal processing and has been well applied in practical products. 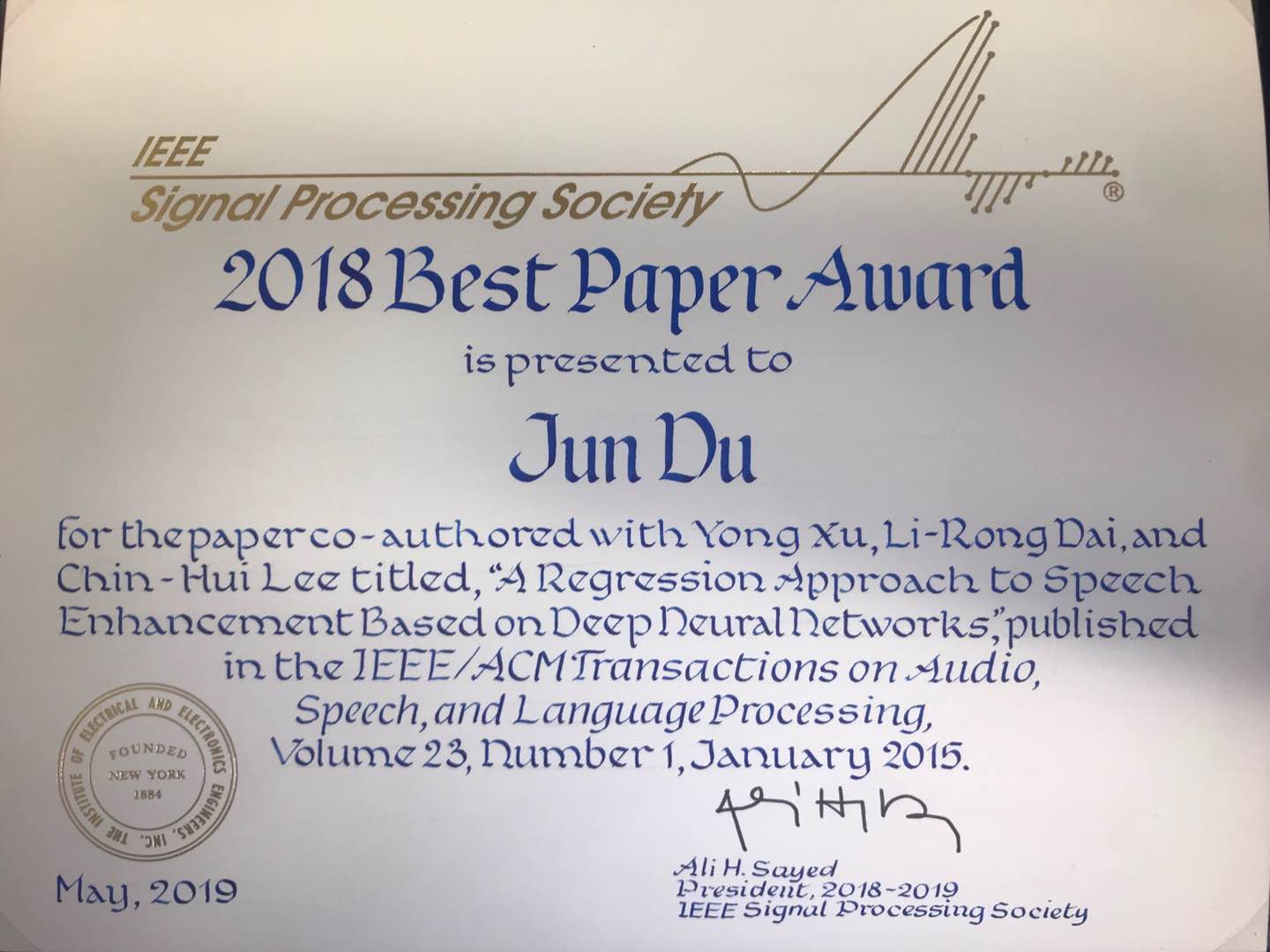 The IEEE Signal Processing Society is one of the major societies of the IEEE. The Best Paper Award of the IEEE Signal Processing Society is one of the most influential international academic awards in the field of signal processing. There shall be an open call for nominations reaching all Society members. Nominations will also be solicited from specific boards/committees of the Society, which are the technical committees, editorial boards and the major boards of the Society. Judging shall be based on general quality, originality, subject matter, and timeliness. Up to six Best Paper Awards may be presented annually. In the field of speech signal processing, this is the first IEEE Signal Processing Society Best Paper Award for a paper published with China as the first signature unit. The honor reflects the pioneering and novelty of this work. According to Google Scholar, the paper is currently cited more than 400 times. Besides, the paper was also accepted by ISI Web of Knowledge as one of the ESI Highly Cited Papers.